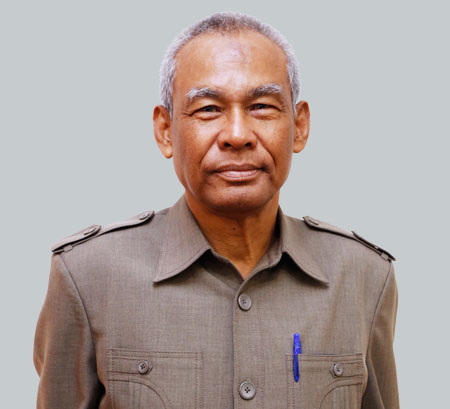 Tan Sri Haji Musa Bin Tan Sri Haji Hassan was appointed to the Board as an Independent Non-Executive Chairman on 21 July 2014. He is also the Chairman of the Remuneration Committee and Nomination Committee, and a member of the Audit Committee. He was identified as the Senior Independent Non-Executive Director on 25 November 2014. Tan Sri Haji Musa served as an Inspector General of Police from 2006 to 2010, Deputy Inspector General of Police from 2005 to 2006, Director of Criminal Investigation Department since 2004, Chief Police Officer of Johore from 2003 to 2004, Deputy Director CID from 2001 to 2003, Deputy Director CID II from 2000 to 2001, Head of Legal Section CID from 1995 to 2000, Head of Police Law Examination Syndicate from 1991 to 1995, Law Lecturer and Head of Law School at Police College from 1986 to 1991, Intell and Ops Officer Drug Enforcement Branch Bukit Aman from 1975 to 1986, Investigation Officer & Area Inspector Alor Gajah Malacca from 1973 to 1975 and Investigation & Prosecution Officer in Malacca from 1970 to 1973. At present, he is being invited to lecture and give talks at various universities in Malaysia and also Government Departments pertaining to security development in Malaysia, leadership, management and integrity. He holds School Certificate and Malaysian Certificate of Education in 1968, Diploma in Law, University College of Wales Aberystwyth, United Kingdom in 1985, Ijazah Kehormat Doktor Falsafah (Pengurusan Teknologi) in 2010 and Advanced Management Program Templeton College University Oxford, United Kingdom in 2002. He does not have any family relationship with any Director and/ or major shareholder of the Company, nor does he have any conflict of interest with the Company. He has not been convicted for offences within the past five (5) years other than traffic offences or any public sanction or penalty imposed on him by the relevant regulatory bodies during the financial year 2019. He has attended four (4) Board of Directors’ Meetings of the Company held during the financial year ended 31 December 2019. He does not hold any directorship in other public companies and listed issuers.