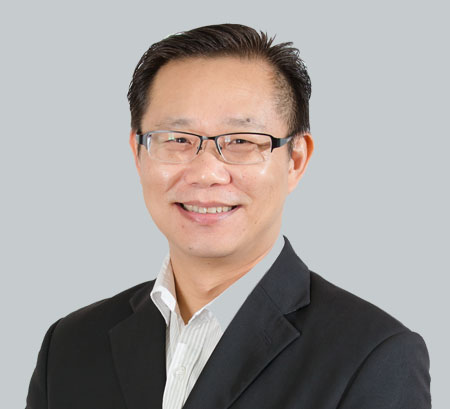 Mr Khoo Kien Hoe was appointed to the Board as an Independent Non-Executive Director on 22 July 2014. He is also the Chairman of the Audit Committee and a member of the Remuneration Committee and Nomination Committee. He graduated with a Diploma in Commerce (Financial Accounting) from TAR College in 1995, and obtained a professional qualification in accounting from the Association of Certified Chartered Accountants (“ACCA”). He is the fellow member of ACCA and a member of the Malaysian Institute of Accountants. Mr Khoo served as Audit Senior at Peter Chong & Co. from December 1995 to March 1997, and Audit Senior at KPMG from April 1997 to January 2000. He was a Finance Manager at Ins Enterprise Sdn. Bhd. from 2001 to 2003. Currently, he is a Managing Director of Bizguide Corporate Services Sdn. Bhd. He does not have any family relationship with any Director and/ or major shareholder of the Company, nor does he have any conflict of interest with the Company. He has not been convicted for offences within the past five (5) years other than traffic offences or any public sanction or penalty imposed on him by the relevant regulatory bodies during the financial year 2019. He has attended all the six (6) Board of Directors’ Meetings of the Company held during the financial year ended 31 December 2019. He does not hold any directorship in other public companies and listed issuers. DR. FONG